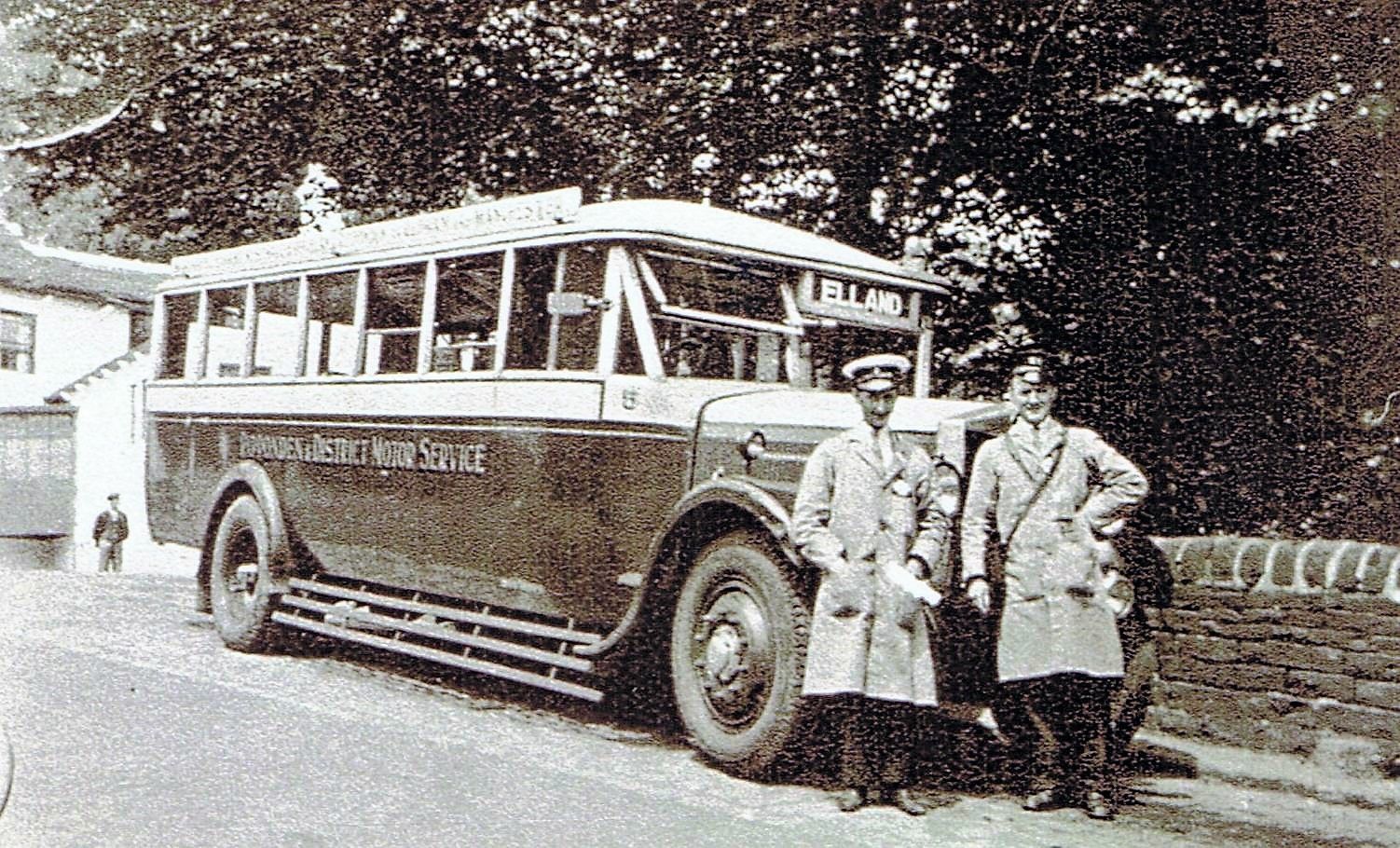 One of the main causes of the demise of the Rishworth Branch Railway was the increasing popularity and convenience of road transport. One local entrepreneur who saw the possibilities was John Hirst Snr who founded Ripponden and District Motors in 1921. His son, John Hirst Jr, later became the managing director of the company. Although the company is remembered as a goods carrier, in its early days it only ran buses, mostly Leyland Tigers.

At first the single-deckers ran on limited local routes between Rishworth, Halifax and Elland. The accompanying photograph shows a single-decker at the Ripponden terminus at the top of Elland Road, waiting to set off for Elland. The name of the company ‘Ripponden and District Motor Service’ can be seen on the side of the bus. The driver and conductor posing for the photograph are wearing their summer uniforms, consisting of long brown smocks. By 1931 the routes had been extended to include Manchester, Oldham and Denshaw.

The second photograph shows a Leyland Titan double-decker, one of at least two operated by the company. It was purchased in 1930 and was one of the five vehicles transferred to the Halifax Joint Omnibus Committee, when Ripponden & District’s bus services were bought out by them for £12,000 in 1934. Two years later this double-decker was again sold to Western SMT in Kilmarnock, Scotland. The company continued to hire out coaches until the late 1950s.

When people started putting parcels on the buses for delivery further along the route, the company realised there was a gap in the market and invested in a few delivery vans. This

part of the company’s activities gradually replaced the bus service and the blue and cream wagons became a familiar sight in the local area. Many of the redundant fibre-glass bodies from these vehicles are still to be seen in fields and farm-yards around the area, being used for storage or animal shelters.

In the mid-1990s, the name of the company was changed to Ripponden Carriers, but a few years later the company was taken over by a management buy-out and moved to the Ainley’s Industrial Estate, near the M62 in Elland.

Meetings are at the Ripponden Conservative Club, commencing at 7.30pm, non-members £3.