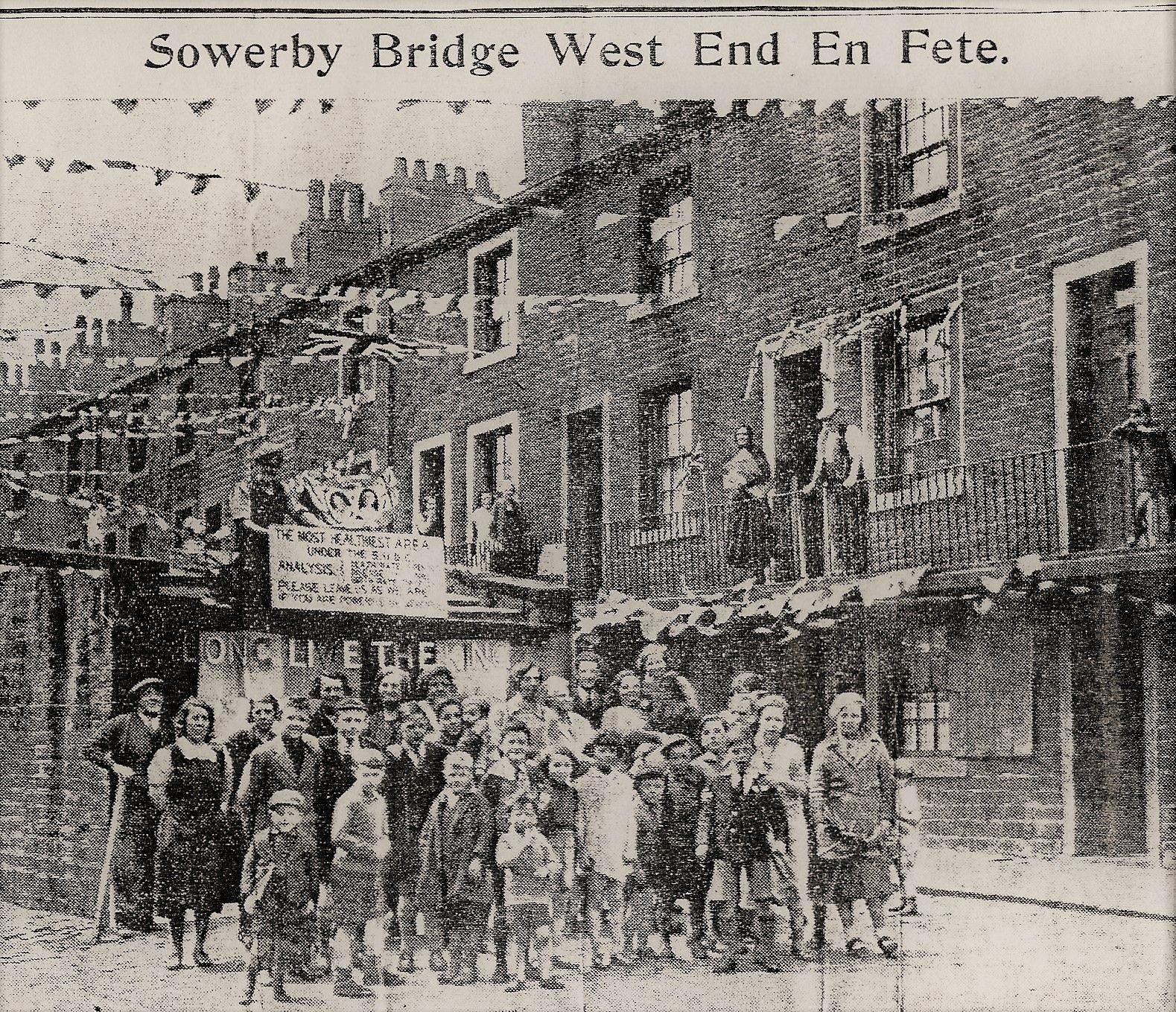 The accompanying newspaper cutting shows the residents of Terrace Street, Sowerby Bridge celebrating King George V’s Silver Jubilee in 1935, just one of the events held around the area to mark the occasion. The banner above the group of people reads ‘Long Live the King’ and appears to be fixed to one of the communal toilet blocks in the centre of the street.

At the time this area of West End was known locally as ‘Bogden’ and was under threat of demolition in a slum clearance scheme. The residents have also erected a large notice which reads –

Please leave us as we are

The healthiest district in the Sowerby U.D. Council

Birth-rate: Top of the League.

If you are powerful, be merciful.

As can be seen the street consisted of one storey dwellings on the ground floor with a balcony for the two storey houses above. No doubt the under-dwellings on the ground floor were dark and dismal places to live in. The resident’s entreaties to the council eventually fell on deaf ears and the subsequent slum clearance programme swept away virtually all of ‘Bogden’ including several public houses such as the West End Tavern, The Woolpack and the Castle Hotel. Streets that disappeared include Vale Street, Broad Street, Russell Street and Waterloo Street, and a group of houses with the salubrious name of ‘Conduit Square’. The Foundry Street Chapel is a lone survivor.