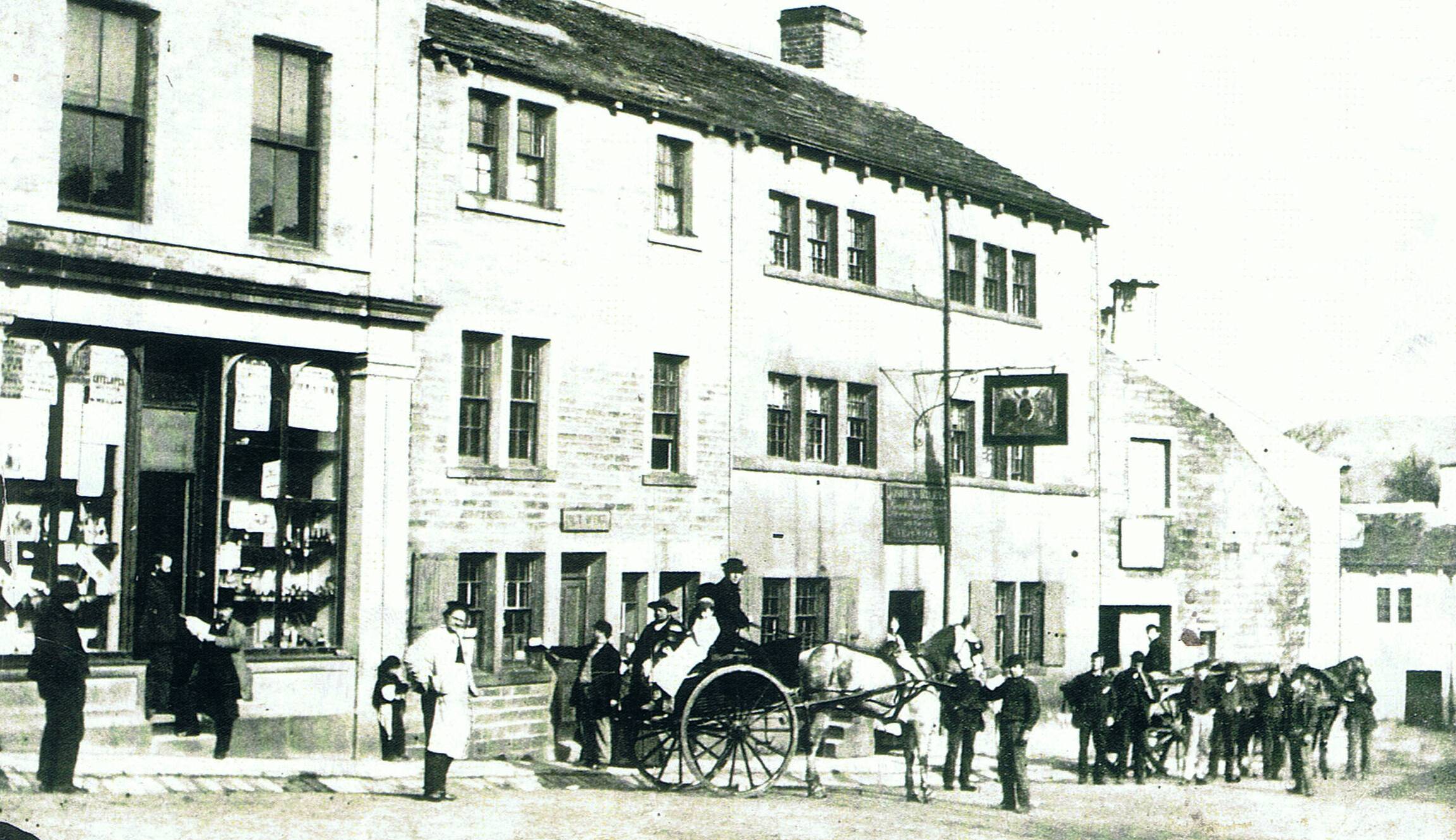 On 1st October 1802, a time of grinding poverty, a number of women of the Ripponden area decided to emulate their men-folk by forming a Friendly Society of their own. The venture was highly successful and membership grew to be larger than any other local society of its kind. The meetings were held at the Stansfield Arms, later to become the Queen Hotel, in the large room which took up the whole top floor of the building. During the existence of the society, the ownership and name of the public house was to change many times.

The oldest surviving copy of the rules of the society dates from 1826 and the title page reads  – ‘Rules and Orders to be observed and kept by the members of a Female Society held at the house of John Beesley, Prince of Orange Inn, in Ripponden – The Lord protect us and reason be our guide’.

New members had to be between 16 and 40yrs old and had to be proposed and vetted. They paid one shilling (5p) to join and two shillings (10p) at each meeting which were held on the first days of October, January, April and July. If these days fell at the weekend the day was moved to the Monday. The Annual Meeting was the July one at 10am following which the ladies, preceded by a band, marched to St. Bartholomew’s Church, where a sermon was preached. It is said that as the front of the procession reached the church, the rear was just leaving the inn. Following the church service, they returned to the inn to dine in several sittings because of the numbers. In 1844 there were over 650 members but by 1860 this had fallen to 300; the meal was washed down with brandy, spirits, ale and porter. The Annual Meeting became known locally as ‘Old Woman’s Day’, and became the highlight of the year for many.

The society acted as an early form of insurance, with payments being made to members who were sick, going blind or infirm from old age and incapable of working. A payment was also made on the death of a member to pay for funeral expenses and eight members were to attend the funeral supplied with new white gloves and a white handkerchief. The society was wound up soon after 1876.