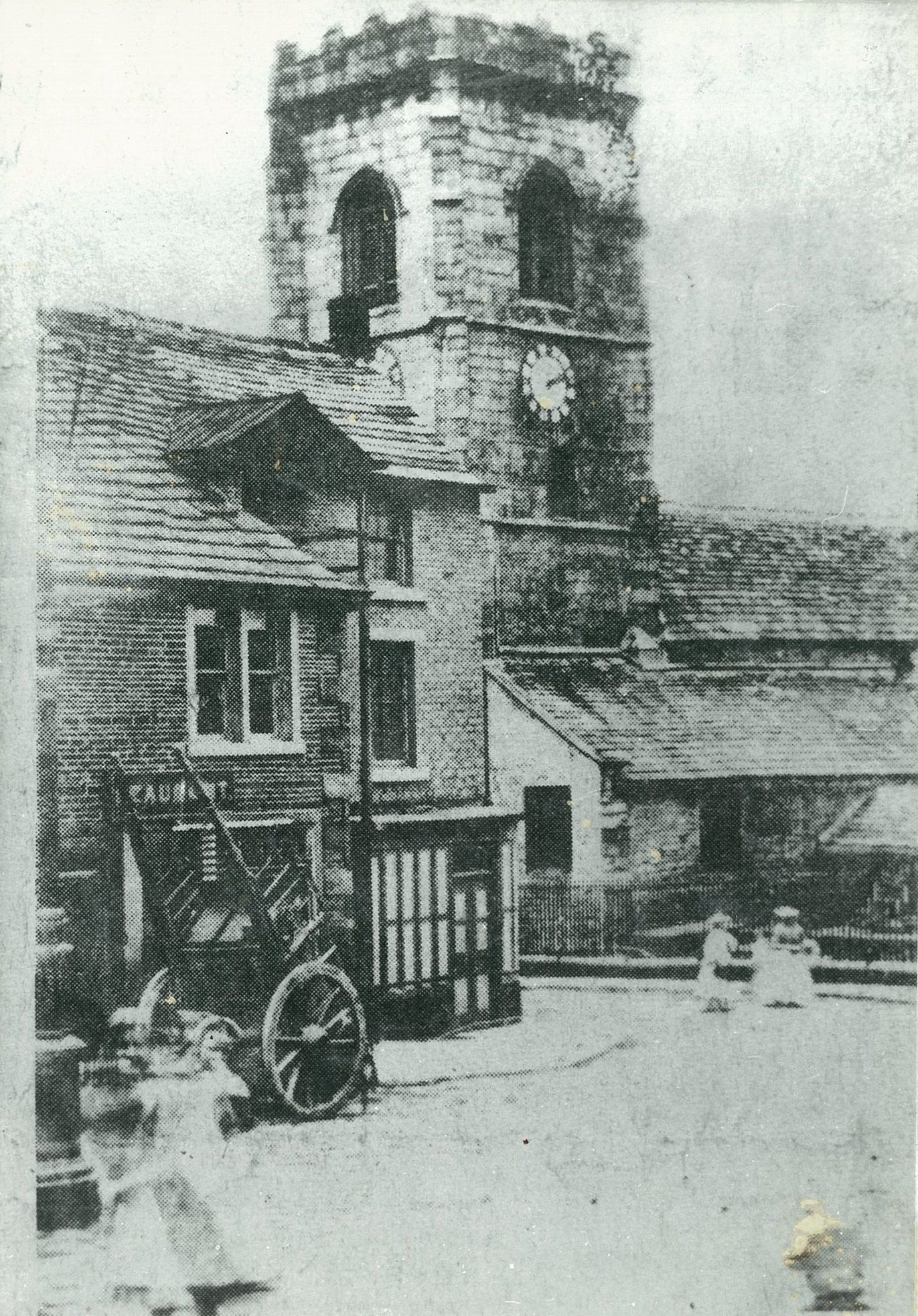 The original Elland Charter is ‘missing’. The replacement Charter from 1889 may be ‘missing’. Whatever happened to ‘The Cross’?

It is believed that the former Market Cross stood in the centre of the Cross opposite the Savile Arms. Was this Market Cross erected in 1317 when the Charter was granted or earlier as a meeting place for worshippers? Evidence is lacking however Watson (History of Halifax, 1775) notes:-

‘There is still a small market place and cross remaining and toll is taken by the lord’s steward when anything is offered for sale in the streets, the fairs are also kept up, but no markets of any consequence have been held here for many years owing to the great reason of trade at Halifax, where is held a very considerable market.’

There’s mention of a Market Cross in the will of Henry Wilson (1662) and in an Act of Parliament (1766) relating to the Rochdale to Halifax toll road. The 1854 map of Elland does not show a structure at The Cross. When did the Market Cross disappear? Again the evidence is conflicting but Longbottom (Ancient Crosses in Halifax Parish, 1897) made the following contribution:-

‘My old friend, William Bastide, of Elland, tells me that two old natives now living, William Brook, of Southgate, and Jonathan Dodgson, of Newcombe Street, remember the Cross standing in 1837, near to the Savile Arms Hotel. Mr Brook further says that the hotel has altered and he thinks that the Cross was removed then. It was not standing when he was married in 1840. Now had the Cross been placed in the churchyard when it was removed the chances are that it would be there now.’

Alas the Cross is lost. We are left with William Brook’s description of ‘a rude, rough-hewn, stone column, standing on two or three large base stones’.
Elland-Tide, 1679

‘Upon Monday, August 4, 1679, was an anniversary feast to be at Ealand, called Ealand tide, wherein they make great provisions of flesh and ale, and have their friends come from all parts and eat and drink and rant in a barbarous heathenish manner. At this time great preparations werre made, but it pleased God that Monday it fell abundance of rain, and was such a flood that no people could come to them. Whereupon they kept their flesh until it stunk, so that they were glad to cast it into the river, or bury it that week, for it was good for nothing, being over kept. A gentleman came to lodge at Lambert’s, the great Inn, and could not abide in house for the noisome stink, but removed to another. Oh, that people may learn somewhat by this.’

Perhaps we fared better when the sun shone!

The next meeting of the Greater Elland Historical Society will be on Wednesday 8th March at Elland working Men’s club, South Lane, Elland at 7.15pm when Les Forrester will speak about ‘The History of Greetland Cricket Club’.
www.gehs.org.uk