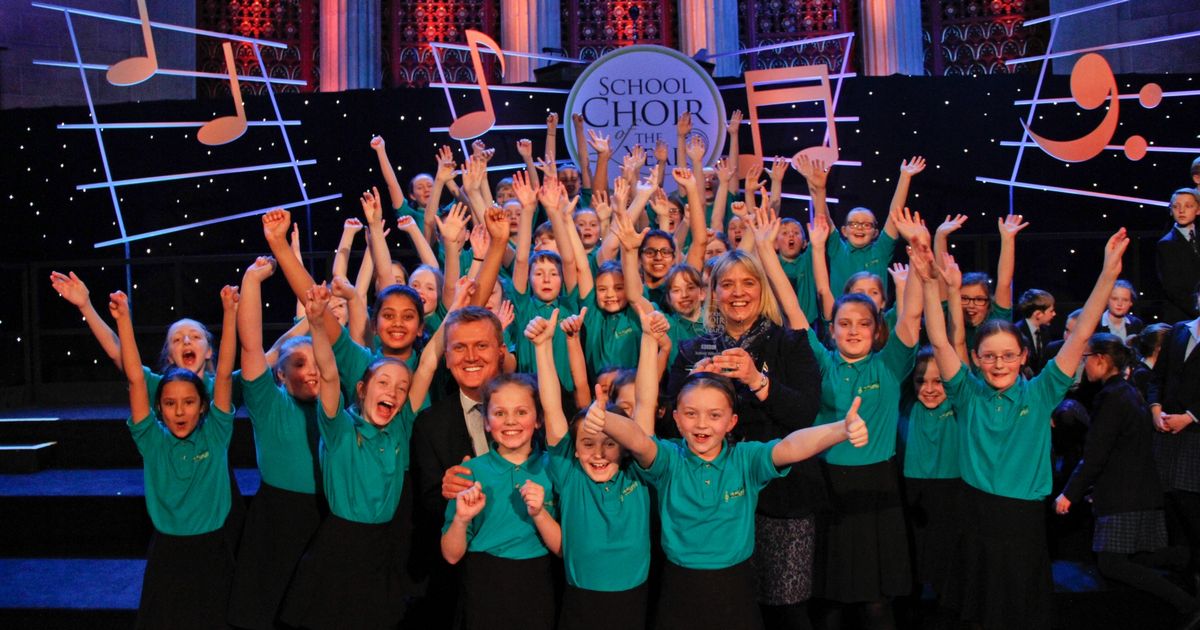 Anyone seeing the Lindley Junior Choir singing their version of ‘The Lord’s Prayer’ last month could not help but be moved and they deservedly won the 2016 title of ‘BBC Songs of Praise Choir of the Year’. We spoke to Lindley Junior School’s Musical  Director Alison North about the choir and its journey to become the national award winners.

“Lindley Junior School Choir was formed in 1999 and has had many wonderful opportunities and successes since then,” Alison explained. “The choir has fifty members between eight and eleven years old and we meet on Mondays and Fridays preparing for concerts and competitions.” Indeed the recent success is nothing new to the choir as they were the first school in the country to be awarded the platinum Sing Up status and it was at a perfor-mance in Leeds where Howard Goodall, Sing Up Ambassador, handed over the plaque. As a flagship school for singing within Kirklees, the choir has been in great demand to showcase singing in West Yorkshire and further afield.

In the early years the choir took part in many local festivals with increasing success. The choir has an impressive record at Huddersfield’s own Mrs  Sunderland Music Festival but have also competed and won at Harrogate, Ilkley and Barnsley.  The choir’s first big success was winning the BBC North Choir of the Year 2001. The choir also won “Songs of Praise Choir of the Year in 2008” and reached the semi-final stage in 2012 and the final in 2014 and 2015.

So the 2016 success is the tip of a whole host of previously hard-earned successes, but 2016 has clearly been the most successful year to date. On February 9th the choir were thrilled to be crowned winners in the Barnardo’s Choir of the Year  competition. Then on February 27th the choir won both the Y6 and under classes at Mrs Sunderland Music Festival along with the shield for the best performance of the day. The very next day the choir went to the City Hall Sheffield for the semi-finals of BBC Songs of Praise Choir of the Year. The choir was one of the three choirs to progress to the final. After singing “The Lord’s Prayer” as their chosen inspirational song, the choir were delighted to be declared the winners by the judges –  Katherine Jenkins, Connie Fisher and Ken Burton.

The level of achievement by Musical Director Alison North and accompanist Emma Binns is  astonishing and a testament to their commitment and dedication. Most choirs have a stable core which is developed over time, but this is not so for Lindley. “Our choir loses fifty percent of its  membership each year as the year 6’s move onto high school,” Emma told me, “so the rebuilding  process begins again each September. We are al-ways striving to explore new opportunities and visit new venues though.” Lindley Junior School Choir’s achievements are simply magnificent and long may they continue to make us all proud of their efforts!