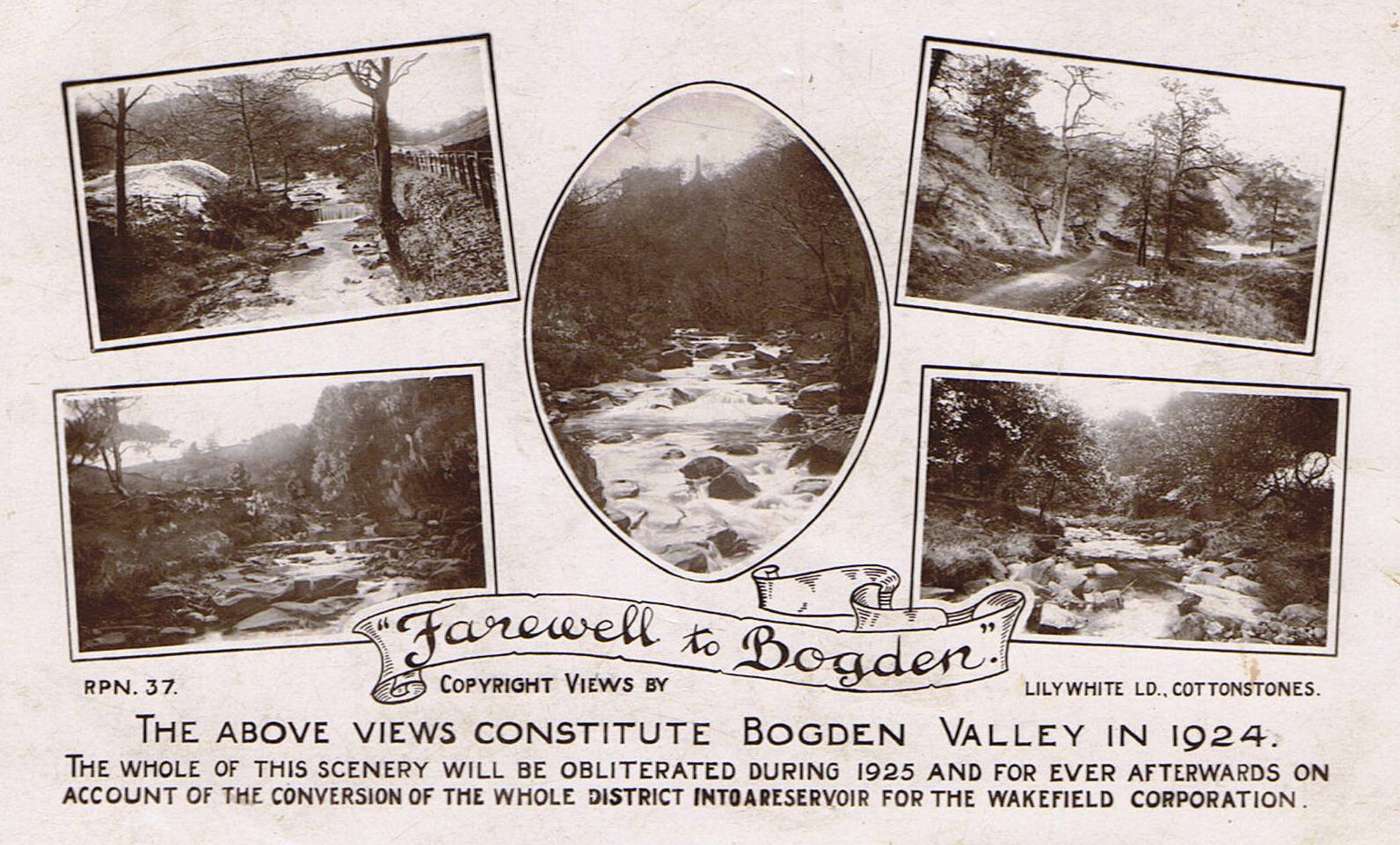 In the 1920s, the city of Wakefield needed water so it purchased part of the Ryburn Valley, built a reservoir across it and flooded it. That part of the valley was known locally as ‘Bogden’ which, despite its name, was a beauty spot that had been visited by local people for walks and picnics for generations. Naturally there was much local opposition to the reservoir, many people being indignant that their recreational area was being ‘stolen’ by the authorities in far off Wakefield. The illustration shows a souvenir card produced by the firm of Lilywhite Ltd. of Cottonstones, Triangle; it shows five views of ‘Bogden’ which were soon to be obliterated. The sentiment ‘Farewell to Bogden’ was shared by most of the local people.

On the reverse of the card was a poem written in 1924 by Whiteley Lumb C.V.P.S. (Calder Valley Poets Society), which began – Sweet Bogden thou art dear to me,

I write thy name with grateful tears,
And bid a sad farewell to thee,
Thou bonny gem of former years.

Local people might have thought it unfair that ‘their’ water was being pumped through the twenty-three mile pipeline to Wakefield, but at least the former Ripponden UDC had negotiated an agreement that water would be released in times of local need.

To be fair, the elegant, curved, dam wall became an attraction in itself and when the dam was completed in 1933, some 40,000 trees had been planted around it, with footpaths and picnic areas laid out. It remains a popular place for local people to visit.