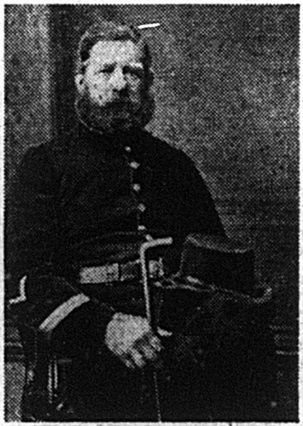 On 11th March 1921, Elland was in mourning as the death of Elizabeth Smithies was announced. Mrs Smithies, of Ellen Royd, was the wife of the late Joseph Smithies (Albert Mills), the mother of the late John William Smithies and the grandmother of John Stansfield Smithies. All three men had been active in the public life of Elland. Up until her death Mrs Smithies was a familiar face around the town, especially her shopping trips with her maid.

Elizabeth Smithies (nee Hawkyard) was born in Timber Street on October 1829 and therefore had seen the growth of Elland from small village to bustling town. She could recall the time before trains, trams and when water was only obtainable by fetching from the wells at South End and Bridge End. During the period her husband was chairman of the Local Board she acted as an unofficial treasurer to the public authority. In those days there were not bank branches in Elland and hence no safe place to store the local rates money. Mrs Smithies would keep the cash at Ellen Royd until such time she walked alone to Halifax to deposit Elland’s funds. She said that never feared molestation. Her obituary mentions her strong character, “early to bed, early to rise”, her thriftyness and waspish tongue. No one would dare confront this Grand Old Lady of Elland!

About 70 years ago a Stainland man, digging in his Bowling Green allotment, struck his spade against something metallic. He bent down to see his ‘find’ and discovered it to be a silver button. On the front of the button, around the official crown, were the words Stainland Police. There was some puzzlement because no one could remember a Stainland constabulary. Appealing for further information it came to light that a P.C. George Sweeting covered the Stainland district until the late 1870s. Described as a very high, burly man P.C. Sweeting admirably dealt with the ruffians and crooks of Stainland until one fracas caused injuries that led to his medical retirement from the police (2s 4d pension per day).

January 1878 – John Gledhill of Sandbed, was driving 22 cows up from the railway station, one of them was curious (as cows can be) to find out where two or three steps led to below the Station Hotel. She made a mistake in her calculations, for when she tried to draw herself up out of the steps she fell down, and was completely wedged against the door of the house. The woman inside was terrified, but at last was persuaded to open the door, when the poor animal fell forward and released herself, quietly turning round in the house and walking out again, no doubt as well pleased to be away as the occupant of the cottage was to be rid of her.

History Room at Elland Library open every Tuesday and Thursday 2-4.

Next meeting of the Greater Elland Historical Society – Wednesday 11th May at Elland WMC, 7.15pm – ‘Bradley Hall and Henry Savile’.